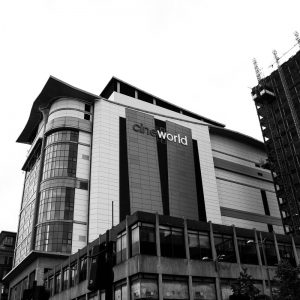 Thanks to the many people who’ve contacted me about the screenings of the film. This week, The Devil’s Plantation will be showing at Cineworld in Glasgow, Edinburgh, Dundee and Aberdeen – the showtimes for all screenings is 6.00pm today, Monday 21st October and also at 8.15pm on Thursday 24th October as part of the BAFTA Scotland/Cineworld Audience Awards.

For those of you who can’t make it to the cinema, I’ve made the film available online for free for a limited time. If you go to the FILM tab on this site, you’ll find a link to Vimeo On Demand.

This past weekend I’ve been busy on Twitter – @deilsplantin – and on Facebook to pass it on. The response has been really positive and many people have emailed me with their thoughts on the film. But I’m under no illusions here – at this writing the film is currently ranked bottom of the heap! To be honest, I didn’t expect to be nominated in the first place – TDP is an accidental film, with no funding and with only 3 screenings to date, compared to the hundreds of outings for some of the other nominees – but good luck to them all because I know how hard-won any film is.

So I’m asking a big favour – if you watch the film and think it’s worth a vote, please show your support on the Cineworld website – https://www.cineworld.co.uk/baftascotland