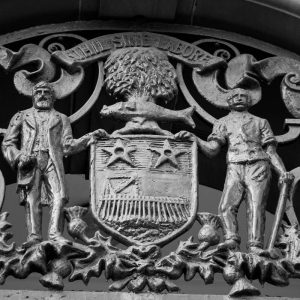 As part of the ongoing Creative Scotland Film Review, earlier today at Film City Glasgow a group of interested parties met to discuss production and finance. According to my partner, Owen Thomas – one of the few who could be bothered attending – it seems that BOP Consulting is merely charged with taking the temperature of Scottish film rather than arriving at a meaningful prescription.

Having answered CS’ call for open submissions for this review, I’ve decided to publish my company’s response (see below). I would have thought the clue’s in the name, given that this is a Film Sector review, not a Broadcast Sector review or even a Screen Sector review. After much tweeting about the lack of openness of these open submissions – which may or may not be published – as well as the not-very-open meetings currently taking place, I’m pleased that CS has now extended its deadline for anyone who wishes to contribute until 14th June. They’ve also agreed to hold an open meeting in July to discuss the response to their call.

Regrettably the cause of Scottish film is not helped by so many competing agendas, not least the current talk of Hollywood on the Clyde – a proposal for a multi million pound studio complex in Glasgow. Add to this the rumour of Sony’s multi million pound TV adaptation of Outlanders shooting in Scotland and it’s easy to get distracted from the crucial, operative question – why, after decades of public funding, is there no viable Scottish Film Industry? That film is regarded as a lower form of art/culture by the Scottish establishment needs to be addressed – and that consideration should be given to the notion of film gaining parity with other National Companies – ballet, opera, theatre – organisations funded directly by Government and immune to the creative and financial interference imposed on other cultural/creative sectors by CS, who at this writing has yet to announce the identity of its new CEO after a leader-free six months.

To solve old problems, some new thinking is helpful:

In Iquique, Chile, a firm of architects were charged with developing housing for squatters. With only a tiny budget per unit and in the knowledge that the cost of ownership of a conventional property was unaffordable, the architects devised a simple, radical solution. They decided to build only half a house per family. By supplying some walls, the roof and basic services, they made a habitable space. The understanding was that once the family moved in and obtained security, they would over time become healthier, better educated and more economically productive. With these gains, each family would then be free to upgrade the property as and when they could afford to do so.

In Bogota, Columbia, the local economy was stagnating, even retarding. This was due to gridlock in the city transport infrastructure; too many cars and too few resources for road building and repairs. Then the mayor realised that a car requires a thousand times the resource of a bicycle, so why not spend a thousand times more on bicycles than on cars? By repaving the existing roads and allocating them to bicycles and assigning the cars to the rutted tracks previously used by cyclists, the city’s economy was liberated. In a virtuous circle, the resulting growth in private and public income enabled the city to replace and re-plan its bus network, further enhancing this productive mobility. ‘In time,’ the mayor says, ‘there’ll be enough money to work with the cars’.

(Courtesy of Urbanized, the film by Gary Hustwit)

Some principles to guide actions are also good:

CREATIVE SCOTLAND IS A PUBLIC BODY. In regard to screen investment it is necessary – but not sufficient – for CS to find favour with specific interest groups. Its decisions must be judged by how positively they impact the wider public good.

CREATIVE SCOTLAND IS A CULTURAL BODY. CS exists to support cultural activities that lack commercial viability. It is not CS’ role to promote economic development.

ALL FILM IS EQUAL. ‘Film’ is a construct. When we talk about ‘film’ we unthinkingly connote it a product with specific, historic, market-imposed attributes. Rather, a film should be understood as any audio visual experience with the potential to give pleasure and/or understanding to the viewer. We can then recover the perspective that it is content, not packaging, that offers the potential to return benefit – and revenue.

EMBRACE FRAGMENTATION. The audience is no longer in the cinema. It is everywhere. Every format, every channel, every platform is now a facet of the whole. There are no ancillaries. Each mode of delivery amplifies and elevates the others.

PRODUCTION IS PROMOTION. This has always been true for major films. Now the tools to engender brand loyalty are available to marginal filmmakers. The corollary is that finance for promotion must now be a major component of every production budget.

AVAILABILITY IS NOT VISIBILITY. Because a film can be shown does not mean it will be seen. Technology has already transformed production. It is in the process of transforming dissemination. What we have yet to do is use technology to transform promotion.

INFLUENCE EQUALS RISK. Producers risk everything on every film. Investors do not. It is the courage of the producer, not the investor, that makes a film. If an investor judges the risk to their investment is too great, then they should reduce their investment, not attempt to increase their influence.

SELL TO YOUR FRIENDS. The domestic audience has primacy; the only way to sell abroad is to sell at home.

THE MARKET PICKS WINNERS. By overvaluing absolute profit (chasing ‘hits’), conventional producers contract their product range so increasing their exposure to risk. In a marginal economy – effectively, our relationship to the rest of the world – this is a strategy for failure.

The correct approach is to emphasise relative profit and expand output so maximising sustainability; you need a lot of losers to find a few winners.

The following diagram is courtesy of Matt McAlister, N0tice.com 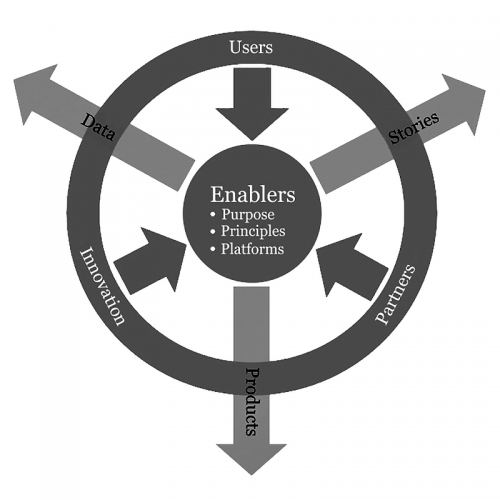 In your view what would a thriving film sector in Scotland look like in ten years time?

In five years Scotland will be a country with a dynamic, enterprising and contemporary film culture. A partnership of talent, audience, investors and public agencies will drive the growth of an open architecture, democratic network of integrated production, promotion and dissemination.

Or, we will keep on doing what we’ve always done and finally go broke.

How do we get there?

The current system of support, predicated on a claim of parity with our peers in Europe, doesn’t work. Scottish filmmakers are so remote from the networks of control in the established industry they can’t compete. The consequence is that the maintained sector is moribund, depleted of skills and wholly dependent on public subsidy. The experience of success has been replaced by the hope of survival. As such, mere adjustments to extant structures of support will not create growth, let alone sustainability.

Yet there is a large pool of unseen, unsupported initiative, energy and talent working without expectation of any reward other than the satisfaction of the work itself. Across Scotland individuals and collectives are writing, shooting, animating, designing, coding, selling and sharing, experimenting with all available creative and technical tools. They do it as a hobby, as a vocation, as an ambition, as a business. Most make no money, a few are internationally successful. They put the supported to shame.

We need to make a leap of faith and imagination. Our very failure to compete conventionally is our opportunity to succeed by innovating. If policy is correctly re-framed, talent in partnership with public agencies can finally take ownership of both supply and demand.

Scottish feature films fail abroad because they fail at home. Without domestic revenue and prestige we can’t compete in foreign markets. But we lack the infrastructure to enable the Scottish public to readily access and be excited about Scottish film. The means of dissemination either do not exist or are managed by agencies outwith our control.

Worse, at present a handful of companies are given considerable sums of public money over many years to make few, small, unseen films which, if distributed, return no revenue to the producer or the public purse. This is both economically and politically unsustainable.

The first requirement of a new agenda for all Scottish film is therefore to stimulate indigenous demand for our work. We need to provoke a domestic market. This requires political will, media engagement and technology resources – all of which are available but entirely unexploited. Above all, this domestic market requires product in volume; the prerequisite of consumer demand is consistency of supply.

The solution is to invert the present scenario. Small amounts of money must be made available to large numbers of companies and individuals in the context of a structured system of national dissemination. Unachievable in the past, the technologies to enable this mutuality of supplier and consumer have now finally matured.

Within this conception, where content is king, support must make no distinction between professional and outsider (presently neither make money). It must embrace both established & unconventional channels, and all commercial & cultural forms.

The ambition is to substitute the drive and innovation of the disregarded majority for the weariness and inertia of the current system. If the product is good and people can find it we have the basis of a re-vitalised film economy; profit flows from popularity.

What are our current weaknesses and strengths?

An excess of exclusive support has created a complacent cartel. An absence of support has forced an excluded majority to improvise.

How do we address those?

We build a self-assembling, multi-screen platform (web/mobile/connected tv) to aggregate, curate, promote and disseminate the entirety of Scottish screen culture; a national network to unite talent and audience.

The simple part, across a five-year transition, is binding together technology, partners and marketing.

The clever part is creating compelling incentives to engagement. The IP of the network will be a re-conceived, evolutionary strategy for film investment to drive critical mass and cultural & commercial viability

What single action would make the biggest difference to film in Scotland?

Recognise that success in contemporary media comes from below, not above. Progressively remove industry-defined feature film support so freeing funds to drive mass innovation without discrimination as to content, mechanism, platform or market.

Will they – CS – get it? Well, as I say in a tweet today, I’m #notholdingmybreath.