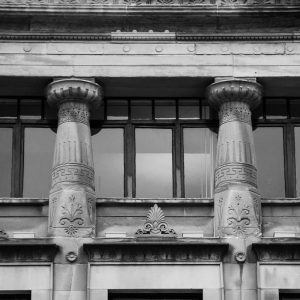 Last summer I was contacted by a freelance journalist, Gordon Cairns, who claimed to have found my blog ‘by chance’ – the best way, I reckon. His pitch: that 2009 was the 25th anniversary of the first publication of Glasgow’s Secret Geometry, so he asked if I would contribute to an article about Harry Bell. Sure, be glad to, I replied. That I never heard from him again came as no surprise since he had to sell the idea to the national broadsheets first, a tall order and – sadly – a missed opportunity since plainly the papers didn’t buy, presumably because the idea sprang from beyond the M25, with no name talent attached. Surely Harry Bell deserves some recognition? 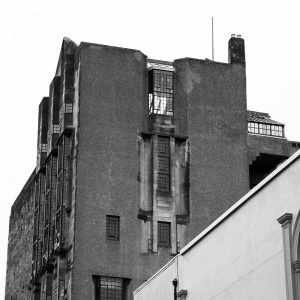 What alternative then for the overlooked but to self-mythologise? Isn’t that what the internet’s for? Try googling Glasgow Psychogeography and you’ll find a local group on Flickr posting photographs of their collective drifts. You’ll also find a couple of Wikipedia references to The Workshop for Non-Linear Architecture and Unitary Urbanism, offshoots of the Parisian Lettrists of the 1950s apparently revived in both London and Glasgow in the 1990s. Under a banner heading, Hypergraphics I find less a statement and more of a plea, of how the said article contains too much jargon.

Like the ouroboros devouring itself, this online maze of intellectual endeavour leads less to the path of enlightenment than a philosophical cul-de-sac. Of course there are exceptions, i.e. the websites embracing the spiritual playfulness of the dérive. Shame then that some online psychogeographers offer little but eyes-glazingly dense slabs of text, bad graphics and dud links. Given the mindset of some of the pranksters/practitioners involved, it’s hard to know if they’re promoting the use of the back button as part of the gag. 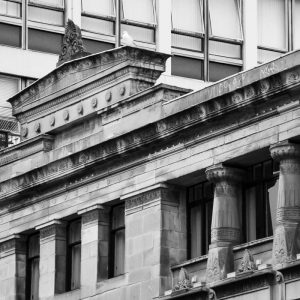 Some of you might have noticed I’ve made a few changes to the DP site to guide those who lose their bearings. I hesitated over this, believing it’s preferable to experience the journey without clues, much in same way as a walk in unknown (or even known) territory. I’ve also changed the ending for those determined or intrigued enough to make it all the way.

On the subject of of hyperjargon, the content of some sites would be hard enough to grasp if sandwiched between hard covers let alone a display screen. In the week that Steve Jobs launched the i-Pad, the rise of the E-book may sound the death knell for print literature but it has a way to go to dissuade me from the tactile pleasure of page-turning, and, I suspect, even further for those with shorter attention spans than mine. No matter how hard the sell or the correlation with buoyant mobile phone sales, say, in spite of the current appmania, I doubt the book-as-object’s at imminent risk of extinction.

Grazing the psychogeography blogosphere, I’m daunted by the sheer weight of all that referencing – labyrinthine literary nods, videos plundered from YouTube and digitally-debased music uploaded as thematic backdrops to be deployed on walks. Here I point to über self-mythologiser and leading mascot of English psychogeography, Stewart Home, whose site offers standard PR and metropolitan nods to the usual-suspect writers and artists. Naturally Iain Sinclair gets his mention as do Home’s comic book cronies. The writing style, a schizoid mix of the polysyllabic and tabloidese, like any self-build, is liable to subsidence. 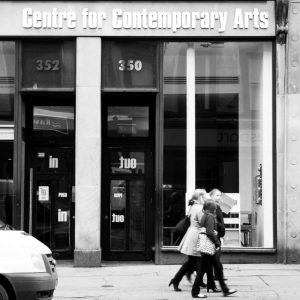 I mention Home because recently I was provoked by his reminisces about a night spent DJ-ing with Grant Morrison at the CCA sometime in the late 90s. No mention by Home about Glasgow itself, no observation of how the CCA is housed in a Greek Thomson Egyptian confection, kitty-corner from the equally iconic Mackintosh Glasgow School of Art sited on a-near impossible topography. As a late Garnethill dweller, I ought to know. In Home’s case he probably ascended the 20% gradient of Scott Street (he should try it in heels) post-gig at the old Third Eye Centre, close to the site of the legendary Maestro’s nightclub and the ‘excremental’ Mackintosh School of Architecture that spans Renfrew Street, obscuring the east-west sightline. Well, according to Richard Demarco it is, who said as much on camera during a piece on architecture I once made for a BBC arts show. Curiously, I couldn’t turn up a single image of the building to prove the point. Which only proves the point. 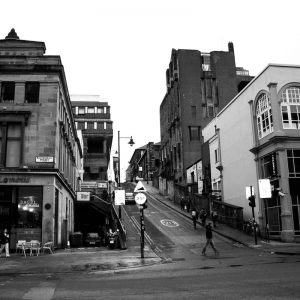 In 1989, as part of my job as a programme-maker for the BBC Television, I went to the opening night of the Situationist International exhibition at the ICA, an event sponsored by the late millionaire impresario, Tony Wilson. What I recall of that night was a frenzied circuit of a largely unmemorable show notable only for Jamie Reid’s original Sex Pistols artwork. That, and witnessing the flotsam of London’s art circles getting hammered on free beer supplied by Beck’s, resulting in some decrepit Norwegian fuguer trying to get me to be his plaything. So much for art being dead. Dead drunk, more like. 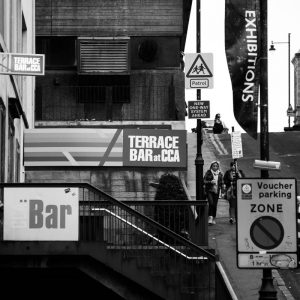 If a distinctly Glaswegian brand of psychogeography can ever emerge it needs to come from purer motives than coasting on the long tail to flog a handful of books or plug some badly executed video. Good things do happen in this city, albeit under the national radar. For years the Hidden Glasgow website has collated the knowledge of Glasgow’s secret corners in a truly collective way that’s engaging, populist and devoid of heavy-jelly theoretical or literary baggage.

No-one on HG is looking to carve themselves a legend – or a career – out of recalling their city walks or by posting photographs of odd signs and wonders. Most members are simply seeking clues to a lost city or find traces of the half-remembered: an area once lived in, long-demolished, a photograph of a particular building. For this reason I recommend the Virtual Mitchell, which has digitised some of its Glasgow Room collection, with around ten thousand images of the city and a very good place to sightsee Glasgow down the ages – at least until someone invents an app for time travel.