In rare winter sunlight I seize my chance to shoot pickups. Trouble is, the patron saint of Paisley, St. Mirin, is stranded on a traffic island at the intersection of Incle Street, Gauze Street and the Glasgow Road. Standing a camera in the centre of five lanes of brisk traffic in search of a viable angle means risking my neck.

The statue, unveiled in 2007, looks deceptively old, as does the sandstone plinth it stands on, inscribed with the words:

At Length Full of Sanctity and Miracles, Mirin Slept in the Lord at Paisley

I’ll pass on the sanctity, thanks, but a Mirin miracle I could use with a looming deadline. On that score I think Paisley – a place held deep in my affections – could use a few miracles too, but at least there’s a vision involved for its destiny.

The purpose of the pickups, I reason, is because my original text, as narrated in the movie by two of the country’s finest actors, Kate Dickie and Gary Lewis – check them out – amazing careers – demands images more literal and descriptive than those used in the website. Here the balance of show/tell is a delicate one because often it’s more effective not to do either since there’s a lot to be said for a more elusive component – tone, feel, atmosphere, mood, sensation. As the great Michael Powell once said –

It’s all part of the process and a fascinating one, figuring out how movies work at a deeper psychic level. Because who’s to say what a ‘good’ film is? Especially when anyone with a mobile can make movies – an idea stretching back to the Box Brownie and the first movie cameras

The Devil’s Plantation is a strange hybrid. Neither a home movie or a video installation, it falls into that narrow genre – arthouse drifts, second cousin to Patrick Keiller’s Robinson films or Grant Gee’s Patience After Sebald. Where my movie parts company with these esteemed companions is simply this – there’s absolutely no budget, no funding or crowdfunding involved. As such it’s ascetica in the truest sense. 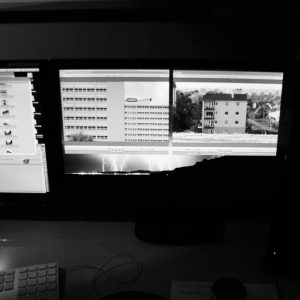 At the risk of sounding like a fishwife – have you seen the cost of making movies these days? Yet high production values – a stellar cast, an expensive set, an exotic location – can’t guarantee success. The path to Hollywood and Hollywood itself is strewn with big budget flops that couldn’t be salvaged by the marketing machine, so whither the New Poor Cinema? Budget is the least of it when you don’t have one. Thankfully it’s still possible to make a film with little more than a camcorder, an edit suite, an idea and the desire to do it. This I know because it’s the second time in my career I’ve resorted to a low tech approach to get something made for its own sake.

When I began shooting in 2007, I used a Sony V1E camcorder. From the outset I knew the sound would be designed in post, so didn’t rely on sync audio. I also decided not to move the camera, since my subjects – landmarks – are static – besides, I don’t believe in moving the camera without solid justification. If there’s no action to follow why bother? This I learned from watching Glasgow’s very own superannuated cop show Taggart – where one particular episode opened with a high falutin’ – and long – tracking shot of a milkman walking up a suburban street only to hard cut to a close-up of a hand planting two pints on a doorstep. Hardly a payoff, but a valuable lesson in redundancy. 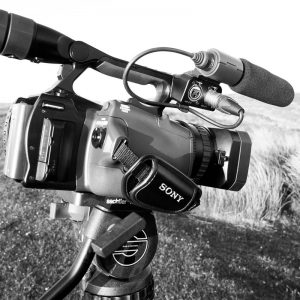 I subscribe to the maxim – you can have it cheap, fast or good but not all three. One advantage of being cash poor but time rich is that I’ve been able to devote years in the field, gathering footage. For the original website I shot on-and-off (weather permitting) for roughly two and a half years, resulting in over 40 hours of video. Now I’m fusing the original text (with some amendments) with the pictures and found some holes that need filling. I also need to lose about 15 minutes from the original 66 clips made for the website, no easy task.

At time of writing, I’ve no idea if the end result will work. My best guess is the movie will be mesmeric, if eclectic – not exactly a Friday night film but certainly one for a rainy Tuesday afternoon of the soul.