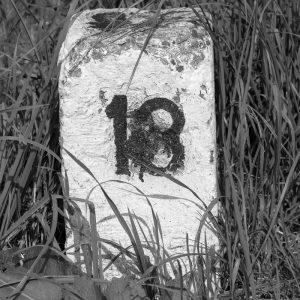 Eight minutes, Google Earth tells me it would take from my house. To my shame it takes me two days to reach Linn Park to locate another of Harry Bell’s PSAs, the site of the old Cathcart Castle. On day one I get lost – ironic since this project relies heavily on map reading and one’s ability to find places. Happily there’s an upside to this since I stumbled on the Court Knowe, situated on the opposite side of Old Castle Road from Linn Park. The road, said to have been the original castle moat, gives some indication of its scale. In the end though, do I really care about buildings I can’t see? What am I supposed to conclude from these so-called ancient sites anyway?

As its name suggests, the Knowe is a hill where – as mentioned on my last trip – Mary, Queen of Scots is said to have watched the Battle of Langside. Legend has it she stayed at Cathcart Castle at the invitation of its owner, Alan de Cathcart, a fierce supporter of Scottish independence. To have Mary placed at three different locations on that fateful day of May 13th 1568 is compelling, if only to confirm the vagaries of historians and the fragility of their assertions. According to an entry on the Glasgow Story website – at the time of battle Cathcart Castle was held by Sir William Semple, who fought alongside the Regent, Earl of Moray, making Mary’s stay there doubtful. 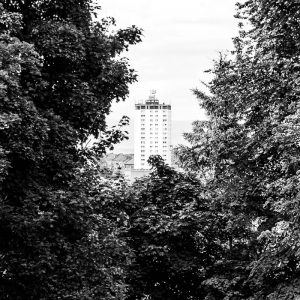 On this hot summer day, with camera kit, rucksack and heavy-duty tripod I drag myself up a tarmac path. I’m on the verge of giving up when I notice a stone on top of a mound. Encouraged, I wade through tall grass. Some park this, I tell myself, about time they got the mower out. Through the foliage, I see tower blocks, a sightline of sorts because it can only be the high rises on Battlefield Road, roughly equidistant from Queen’s Park and the Camphill Earthwork. If only it was winter, I tell myself, the view would be obvious. In May 1568, how different would the same view be? Would trees have stood here? 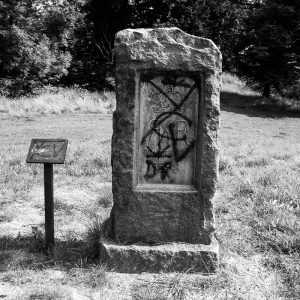 Reaching the summit – not much of a summit, but an achievement anyway – I find a small marker, an orienteering point with the blurred number 18. Next to it is Queen Mary’s Stone, made of rough-hewn red sandstone and erected in the late 19th century to replace a previous monument. Under recent graffiti I find Mary’s insignia and the date. 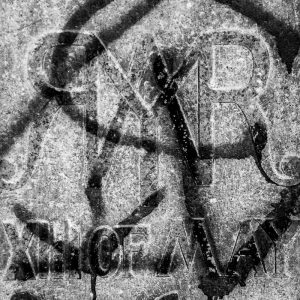 I take my shots and stumble back downhill. On the tarmac path back to Old Castle Road, my Glaswegian sixth sense goes on high alert when I feel a presence behind me. How fast can I turn my tripod into a weapon? I ask myself. It turns out my pursuer is harmless, even concerned about the weight I’m carrying. Chatting, I soon learn that Manus served in the army. He tells me that, despite his Irish parentage, he saw action in Northern Ireland – I had to, he confessed, you know, for the sake of the other guys – but was discharged after a motorcycle accident left him with no short-term memory. If it wasn’t for my wife, I don’t know where I’d be, he tells me. The army didn’t want to know. He describes how his wife had to fight on his behalf for appropriate treatment. He’s genuine, because ten minutes later he tells me the same story.

Still, it’s fitting that I should meet an ex-soldier on this of all sites. Did I give a moment’s thought to the men who died here? Does anybody? It’s a long time since a war was fought on these soils – if you discount events in Northern Ireland, which no right thinking person can. Today it’s easy for us to filter out the wars being fought in distant countries, even when beamed to our screens in real time. Are we so inured, desensitised and complacent by images of wars now that we disavow its impact or consequence? Conversely, why do so many of us crave the spectacle of latter-day state-sanctioned violence – the amateur battle re-enactment brigades, the TV reconstruction of this-or-that skirmish, the endless documentaries of WW2? I slag off my dad, a man old enough to have seen National Service, if not a full-on war, and an avid fan of what I disparagingly call The Hitler Channel.

An ornate column, designed by Alexander Skirving and erected at the top of Langside Avenue in 1887, gives no mention to the troops who died on both sides at the Battle of Langside, marking only the site of the battle. From Manus’ story it seems nothing has changed to improve the lot of those who do the fighting while those waging wars stand by, as Mary did, idle spectators. 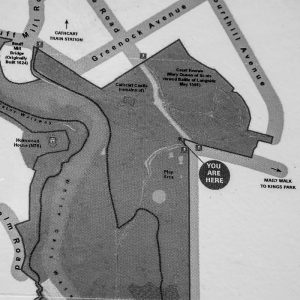 The following day I return to Linn Park and the remains of Cathcart Castle. I may be blessed with sunlight but today I’m seized with a numbing futility as I gaze at a massive grass-covered lump in the ground where the castle once stood. Why am I not surprised? Cathcart Castle, built around 1450, survived for centuries until the city council decided to demolish it – ‘for safety reasons’ – in 1980. A cynic might suppose their decision was a long-term strategy, that they’re still waiting to flog the land to developers. 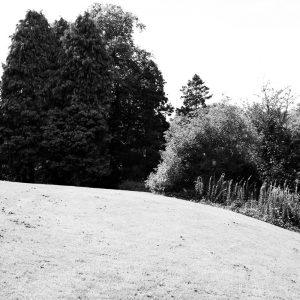 I take as many shots that make sense, but without much enthusiasm. It’s a beautiful day and I’m more attracted to the White Cart Water and the collie chasing the ducks. Or a tiny girl, trying to be balletic, tripping on her hoop. I pause to take a shot of an empty bench, conscious that anyone watching would think me mad. I’m not. A friend recently told me that it’s now city council policy to ensure no park bench is close to a bush, a bid to alleviate fear and to deter would-be attackers. Urban myth? 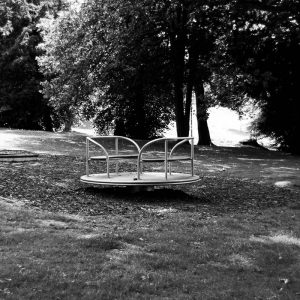 On the roundabout in the play area, an entire extended family sits, bunched up, going round and round. They shout at me to take a shot and I oblige, hamfistedly directing. They’re a decent lot, loads of kids, hard-looking tattooed dads, brusque, fearsome mothers, one fat, one thin. The kids scream, having a ball, but kept in line by their mums, ready with the baby wipes for dirty knees and sticky hands. One of the guys, whip-thin, hard-bodied, his face young yet ancient, a face that’s seen a few things, tells me he’s been on TV before, a Channel 4 documentary about loan sharks, him and his mother. He quite fancies being an actor. Are you sure about that? I caution, adding, I don’t want to put you off but you’ll get typecast as the junkie, the ned, the alky, the loser. I know, he says, but it would be great to kid on that’s who you are. That’s no’ me. That’s no’ who I am.